Book Review: The Earth Moved: On the Remarkable Achievements of Earthworms 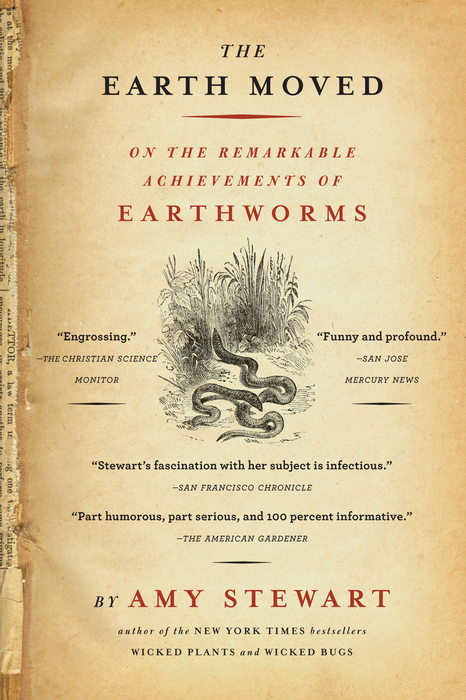 The Earth Moved is an easy read, fascinating, amusing, and informative by turn.  Its cover looks like an aged Victorian pamphlet, and leads right into a brief history of Charles Darwin’s studies with earthworms, including presenting the worms with hundreds of cut paper triangles to see which end they preferred when grasping the fake leaves to pull underground.  Yes, earthworms make decisions! 80% of the triangles were pulled in by their narrowest tips.

This book distinguishes the different types of worms.  Darwin studied earthworms, which eat their way through the soil, produce calcium, distribute soil nutrients, and bury Roman ruins.  Red wigglers (Eisenia fetida) are found in compost, in worm-bins, and on fish-hooks.  New species of earthworms are still being discovered.  Parts of Oregon, the Palouse, and Australia are homes for giant worms.  The global distribution of various worm species provides evidence that continents were physically connected long ago.  (Unlike birds or seeds, worms do not survive air passage).  All native worms in the soil improve the organic matter and decrease erosion.

Amy explains worm anatomy, including sex and reproduction, and the truth about regeneration of heads and tails ̶  no, you never get two worms from one cut one.  I learned that earthworm cocoons usually only contain one egg, while red wiggler cocoons may contain up to six eggs.  This surprised me, because I regularly find balls of small red worms in my home-made seed compost in the spring, and I thought each cocoon was hatching a whole ball of worms (more than six).

Many species of earthworm were imported to the United States (US) incidentally from Europe.  Here’s the bit that is challenging for me: imported earthworm species can damage traditional farming and forests.  Earthworms are not entirely angelic!  Philippine rice terraces and Minnesota forest understories have been destroyed by worms in the wrong place.  Worms digest the duff that understory plants need to germinate and grow.  Young tree seedlings can’t get established while ferns and wildflowers are disappearing due to worm activity, and hungry deer are chewing off what remains.  Preserving forests means more than sustainably managing the logging – it means encouraging new saplings to grow by keeping the deer out – as removing the earthworms is impossible.  Worms can also displace frogs, toads, voles, shrews, springtails, and erosion can get worse if there are few understory plants to hold the soil.  No heroes are perfect!

What should farmers do?  Emptying out worm bins or buying earthworms doesn’t sound smart any longer.  Don’t add red wigglers to woodland.  Some even suggest that people with worm bins should freeze worm castings before adding them to the soil.

The next section of the book dives into the use of worms to digest garbage, animal waste, human waste, and to break down toxins and clean up pollution.  There are large-scale “continuous flow reactors” with machinery to move everything along and maximize the efficiency of the worm workforce.  But a town distributing 4,000 household-size worm bins can do as good a job of turning garbage into gold.  For animal waste, pre-composted waste is presented to the worms and the resulting castings can be sold to gardeners.  All this raises questions about the evolution of red wigglers to be the fittest for dealing with human garbage.  On the other hand, we have been domesticating worms for centuries, although less intentionally.

Worms can be used for bioremediation by helping distribute beneficial bacteria deep into compacted polluted soil.  For some sites, it is necessary to first improve the soil, for instance by growing cover crops, adjusting the acidity, or adding some compost to make the soil more hospitable to worms.  Not a quick fix, but maybe our best bet for reclaiming strip mine sites and similar.  Not good for regenerating forests, as already noted, but perhaps we can increase pasture this way, eventually.

Since 1997, there has been research in Florida into using worms to help process human sewage, using red wigglers to reduce the harmful pathogens in a purely biological process.  Instead of paying dumping fees for the sterile Class A solid waste from the sewage treatment plant, the solids are vermi-composted along with some grass clippings or other fresh vegetation.  What is left is a product that can restore well-being to the soil, rather than being a waste-disposal problem.  Meanwhile the now-clean water from the original waste can flow through a regenerated wetland area.  Naturally, to make this system work, toxic materials need to be kept out of this waste stream, so education and access to free disposal for toxic materials is also needed.

This book may well lead you to consider keeping a worm bin yourself, and you’ll find enough information and inspiration in this book to get started, including a handy resource section.  Here’s help choosing a bin, worms, a location for your bin, starter material, food (no onions or citrus), and then information about adding shredded newspaper, removing castings, and making use of them.  For small-scale worm bins, Amy suggests the widely available Can-O-Worms, Wriggly Wranch, and Worm Factory, unless you plan to make your own bin.  Mid-scale worm farmers might go for the Worm Wigwam or the Eliminator, both from the West Coast of the US.

All gardeners and farmers will benefit from knowing and understanding worms, and this book is an engaging little foray into better acquaintance with these allies.

I’ve been a fan of Amy Stewart since I read her clear explanation of photoperiod in Flower Confidential, about the cut flower industry.  Photoperiod is the name for the effect of daylight length on the development of some plants, for example onion plants starting to bulb rather than grow more leaves.  In fact, it’s the length of the night, rather than the daylight that is critical.  Until I read Amy’s explanation I was puzzled how anyone could distinguish between the length of the daylight and the length of the night.  They seem inextricably connected.  I was forgetting it is possible to create artificial “days” that are not 24 hours long.  Now I get it.

I haven’t read it yet but there is also a new worm book out: Worms at Work by Crystal Stevens.  It’s one of the Urban Homesteader Hack Series from New Society.

And my parting thought about worms is: Beware of the invasive Jumping Worms  ̶  the larger Amynthas agrestis and the smaller Amynthas tokioensis.  These originated in East Asia, and according to Donald Lewis and Laura Iles at Iowa State University Extension, jumping worms have been in the southeastern US for many years.  They can self-fertilize, and are competitive with other worm species.  They live just below the surface and can eat up all the leaf litter, and may pose a threat to plant establishment, root growth, and nutrient uptake. 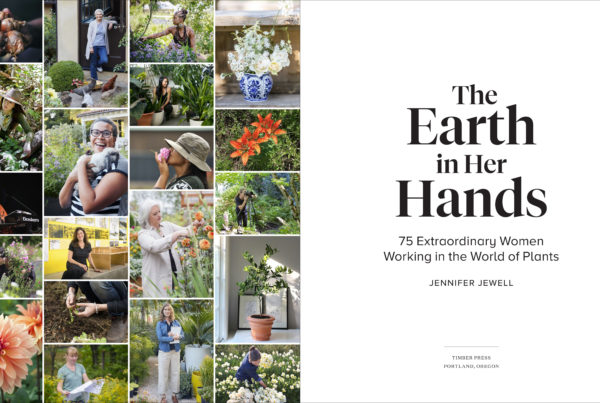 The Earth in Her Hands: 75 Extraordinary Women Working in the World of Plants 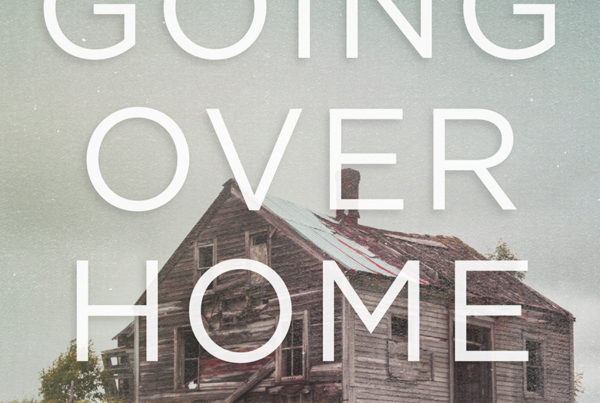 Going Over Home: A Search for Rural Justice in an Unsettled Land, by Charles Thompson 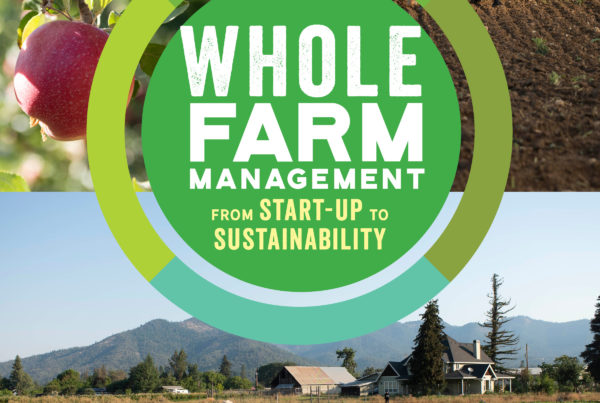