The Dirty Life: On Farming, Food and Love 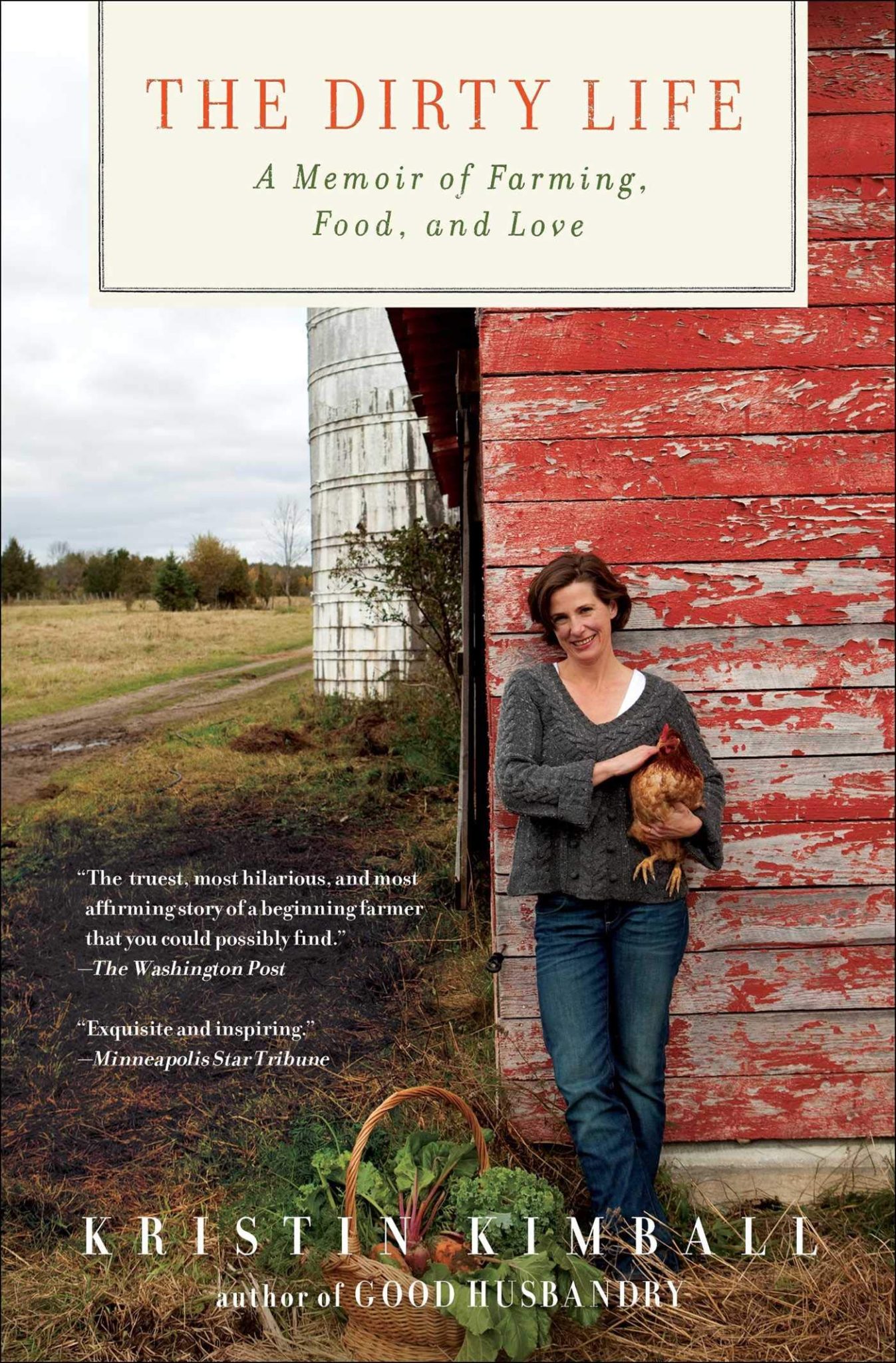 The Dirty Life: On Farming, Food and Love, by Kristin Kimball, Scribner, 2010

I feel drawn to autobiographies of women farmers, and Kristin Kimball’s story of growing food for a hundred people particularly appealed to me. We grow vegetables and some fruit for a hundred people at Twin Oaks Community, and our farming as a whole provides meat and dairy products too – what would be the points of similarity and of difference?

Kristin is a freelance writer from New York City. She interviews an energetic young farmer, gets pulled into joining in his work, and then moves from the city to start a new life with him. After some time looking for suitable land for free, they find the deeply run down Essex Farm. This book is the story of their first tumultuous year at Essex Farm (2003), operating a Full Diet CSA.

For farmers, this book will not be a cozy read – you’ll be on the edge of your chair! I probably got over half way through the book before I had any hope that they could succeed. Kristin and Mark’s success defies the quantity of hard work, the number of disasters and arguments, and their opposing strongly held opinions. And yet I know they succeeded, because several years have elapsed since the book was written and they spoke at the Virginia Bio Farming Conference in February 2013. But my goodness, in the early days, they seemed doomed to fail.

Their Whole Diet CSA model is revolutionary not only in the range of food provided, but also in the radical distribution method, which is simplicity itself: “Take what you need.” They provide vegetables, fruit, herbs, maple syrup, flours, dried beans, eggs, milk, beef, chicken and pork, for $2900 (in 2010), on a sliding scale. The members can show up every Friday afternoon to collect what they need from what’s available. Some members live pretty much on the food from Essex Farm, and others also buy elsewhere. There were about 100 members in 2010.

Kristin starts from being a very soft-handed non-farming townie in tight jeans and heeled boots. She has a lot to learn! How will it ever work? Especially as Mark is experienced at farming and seemingly obsessed with working long hard hours in top gear. We don’t hear so much from Mark’s perspective, but Kristin does tell us that he avoids the word “work”, preferring to say “I farmed for 14 hours today.” I like that approach. Mark is an excellent cook as well as a very good farmer. Early in their relationship he kills a deer and cooks dinner. Kristin says “I fell in love with him over a deer’s liver.”

Mark has all the farming knowledge and plenty of opinions besides. He believes he has a magic circle around him, and that good things (such as a free farm) will manifest. Naturally enough, this is exasperating for Kristin, who is accused of draining the magic with her negativity. The clash of the earnest woo-woo hippie and the middle-class lover of manicures and foreign travel doesn’t look promising. Mark tells Kristin to give away her beautiful bed rather than bring it with her to the farm, as he will build a more beautiful bed. They sleep on a mattress on the floor for a very long time. How is this all going to lead to a thriving farm and two thriving farmers?

They (led by Mark) decide to farm in ways they enjoy even if they are less efficient: working horses, hand-milking, no fussing over picayune pricing of individual products. They move to Essex farm in early winter. There are tenants in the farmhouse, so they rent a place in town and commute to milk their cow, feed their chickens and restore the outbuildings. Meanwhile they make plans. Their plans are way beyond reasonable. In one week in February they intend to plan and build a greenhouse. The next week they will cut and split the whole year’s supply of firewood. They planned to hold their wedding in October, coinciding with 50 chicks arriving. Their honeymoon week they would also be extracting honey!

Kristin gets library books about construction and plumbing. She realizes how wrong her prejudice was, that manual workers are stupid and lazy. She gets herself through this big change in lifestyle by pretending she’s visiting a foreign land and will one day go home. She enjoys the present, the everyday, but doesn’t consider the hard work in the dirt and cold as a long-term lifestyle. She doesn’t want the emergencies – runaway cattle, freezing pipes, work at all hours, endlessly.

Despite the ill omens, they survive the winter (and we’re talking a long Northern winter here). “March was a tense and slightly dangerous time, like a border crossing between two conflicting countries. It’s not the deprivations of winter that get you, or the damp of spring, but the no-man’s land between.” The unpredictable weather, the dull and depressed fields. This resonated for me. When I lived and gardened on the Yorkshire Moors, I felt like this in March. Winter seemed endless, but it didn’t help to expect spring in March, because it just was too early. Now I’m in Virginia and we have weeks of work behind us by the end of March – winter is so much shorter.

During the maple syrup run, Kristin finds her feet, a job she excels at: evaporating the sap. She begins to love the work, seeing the connection between her actions and their consequences, believing in what she’s doing. She and Mark still argue a lot, with their different styles (passive-aggressive grudge-nurturer versus dog-like shaking of the issue.) Kristin sees that their arguments come from their two different basic fears: hers of poverty, debt and being enslaved to repayments; his of ruining themselves with overwork: “the farm gaining mass and speed until it ran over the farmer and squashed him.” He worried they’d be overwhelmed and life would not be fun anymore. Both problems are certainly deserving of fear. Organic farms fail most often from burnout or divorce. Kristin comments that they were fighting so much they could reach divorce before even reaching marriage.

Which farmer will not relate to this, my favorite quote from the book: “A farm is a manipulative creature. There is no such thing as finished. Work comes in a stream and has no end. There are only things that must be done now, and things that can be done later. The threat the farm has got on you, the one that keeps you running from can until can’t, is this: do it now, or some living thing will wilt or suffer or die. It’s blackmail, really.”

They somehow continue to build up the farm and by the time the ground has thawed [I wonder when that is in the Lake Champlain area?], they have seven paid up members for their CSA, and tensions recede. They have direction, purpose and a weekly goal. Neighbors and friends rally to help. The first week of their CSA they offer milk, meat, eggs, maple syrup and lard.

Once they reach June, the peak of the farming year, they are starting work at 3.45am and not finishing till 7pm (and even then they still have to lock up the chickens). Kristin even falls asleep on the seat of the cultivator. Mark seems to have “diabolical energy” and exuberance. Kristin is happy, working alongside Mark and walking the fields in the evenings, making more plans.

Kristin realizes “the things I admired most about him [Mark] in the abstract were what drove me nuts in the specific.” His beliefs were informed by his experiences and his research. He was uncomfortable with anything where he was unable to know and measure the impact – he wanted no part of it. He tried hard to live by his beliefs of low consumption, handmade items, responsible decisions. Kristin, for her part, was a hedonist with no particular ethic. Mark’s unbending strength carries him and the farm through very hard times. Unbending strength = rigidity = inflexibility = stubbornness. Kristin accommodates to Mark’s beliefs (perhaps another example of Mark’s good luck – without a partner like Kristin, flexible, hardworking, accepting,  he would not have made it)

The CSA membership reaches 30 by late summer. They realize the house will not be all fixed up in time for the wedding. Their “To Do” list includes “Find tables and chairs. Slaughter bull for ox roast. Butcher chickens for rehearsal dinner. Write vows.”  Kristin is still unsure she wants to marry Mark: “Poverty, unmitigated hard work, and a man whom, for all his good points, no reasonable person would describe as easy to be with.” She is very candid, very open about her doubts, to a level I feel uncomfortable with – it feeds my near-certainty that they’ll never make it. She is also very perceptive: “Marriage asks you to let go of a big chunk of who you were before, and that loss must be grieved. A choice for something and someone is a choice against absolutely everything else, and that’s one big fat goodbye.”

In October the wedding does happen (in case you too were wondering), despite Kristin having flu and the baker having gone AWOL. It was a reflection of their farming: “exquisite, untidy, sublime and untamed”. I don’t know if the chicks arrived the same week, as originally planned. One month later, Kristin is on a two month writing assignment in Hawai’i. She feels a need to anchor herself by doing some farming, so she visits a vegetable grower. She is taken aback by the leisurely pace of harvesting, and records that that was the moment she made the emotional commitment to her marriage. She realizes the difficulties in her chosen life are hers by choice, and she can’t wait to get home.

When she gets home, Mark has settled into his own rhythm, and they work together looking for harmony, not for conflict. But this isn’t the sugar-coated happy-ever-after ending. Their marriage remains fiery. They engage a few interns each year, and employ some of the local people. CSA membership grows to a hundred. In year 4 their daughter is born and they buy part of the farm.

Kristin leaves us with these words of wisdom: “in my experience, tranquil and simple are two things farming is not. Nor is it lucrative, stable safe or easy. Sometimes the work is enough to make you weep.” And yet “A bowl of beans, rest for tired bones . . . these things. . . have comforted our species for all time, and for happiness’ sake they should not slip beneath our notice. Cook things, eat them with other people. If you can tire your own bones while growing the beans, so much the better for you.”

Phew! It worked out! Who needs suspense novels for winter reading when there are farming tales as gripping as this one?

I originally wrote this review in January 2013, and decided to revisit it for this winter. In the process, I discovered not only is Essex Farm still thriving, but Kristin and mark now have two daughters, there is a farm blog https://www.kristinkimball.com/farm-note  and even more exciting for me, A new book, Good Husbandry, published in 2019, continues her life story. I can’t wait to read and review this one. 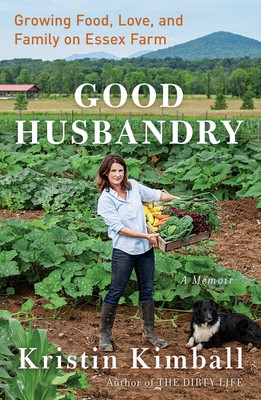 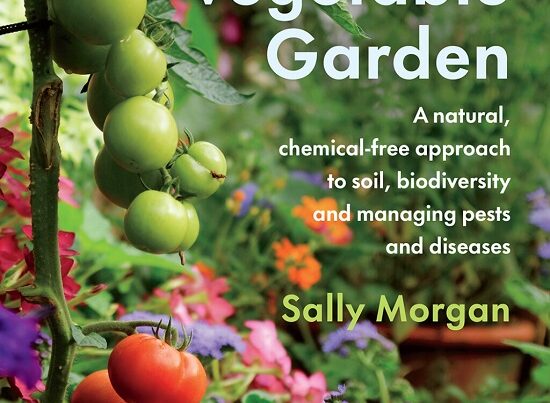 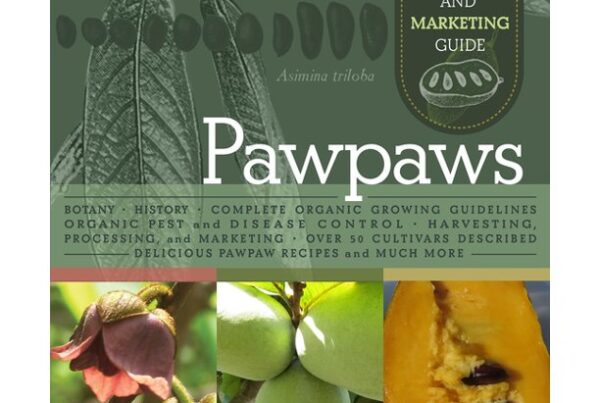 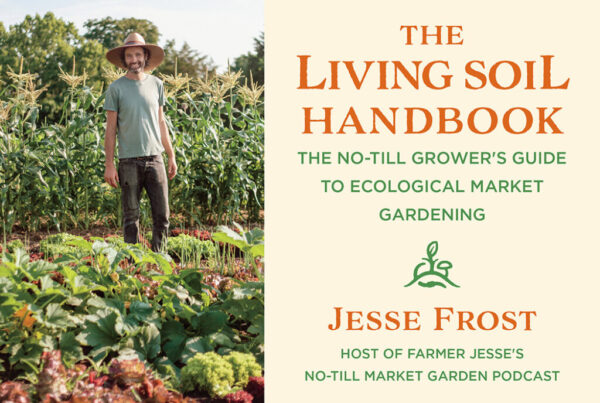 VABF has been supporting local biological and orga