Monopoly in the meat industry has led to record profits, while farmers and shoppers are losing out. We’re asking state attorney generals to address unfair business practices.

Soil Carbon 101: Determining If Soil Carbon Storage Markets Are Right For You

What is the Role of Cattle in Regenerative Agriculture? Consider them an input — the tool that allows you to harvest grass.

Enhanced Rock Weathering
Spreading rock dust on farms seems at first like an odd way to lock up carbon.
But consider: It relies on a geological process with a billion-year track record; it could actually boost crop yields; and it could lock up as much carbon as planting a trillion trees.

Soil Proof: The Plan to Quantify Regenerative Agriculture
With the 1,000 Farm Initiative, Jonathan Lundgren will spend the next 10 years studying the potential to draw carbon into the soil and bring life back to farm fields.

Study Finds Black Farmers Have Lost $326 Billion in Land
As Black farmers, activists and even some in the government work to make changes and reparations for the farmland lost by Black farmers during the 20th century, one number is often tossed around: 90 percent. That’s how much of the Black-owned farmland in the US was lost during the 20th century. A new study analyzed USDA data to attempt to figure out the monetary value lost.

Pandemic Disruptions Created an Opportunity for Organic School Meals in California
A large Bay Area school district that serves low-income families is on its way to offering 100 percent organic food. It’s not alone.

Localization and Local Futures: The Alternative to the Authoritarian New Normal 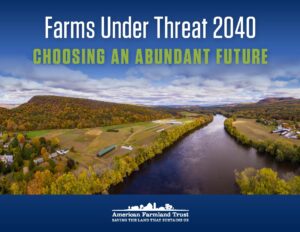 Call for Speakers! Have a message or technique to