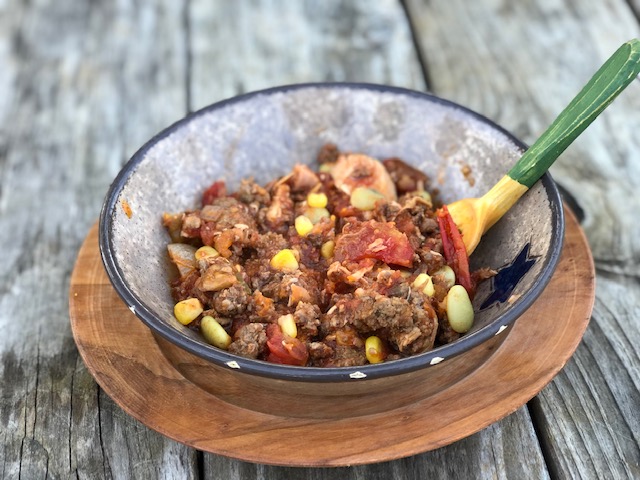 I grew up visiting my Grandparent’s farmstead in Georgia. By the time I came along the chicken houses that once held thousands of chickens were empty and there were only a few hens to gather eggs from each day. The gardens still produced okra, beans and lots of tomatoes. My Grandma Ida Mae’s speciality was fried okra and Papa Clarence’s specialty was Brunswick Stew.

In the 1960’s he had a roadside stand that sold his stew and he and a friend even tried to open a cafe selling the wonderfully thick and sweet stew.  I didn’t know about that, all I knew was that Papa Clarence’s Brunswick Stew was the best thing I had ever tasted.  My Mom tells the story about helping her Daddy make it once. It had cooled to be put into containers and frozen and Mom took a spoon and scraped some of the congealed chicken and pork fat from the top.  “What are you doing?” Papa Clarence asked. She replied that she was taking out some of the fat. “Well, you’re taking out the flavor too!” he replied before scooping the fat back into the pot.  Don’t drain the fat from the browned meat in this dish.  This thick stew with three kinds of meat and sweet molasses is perfect for guiding us into the cold winter months when we need a little more fat, warmth and comfort in our bowls. 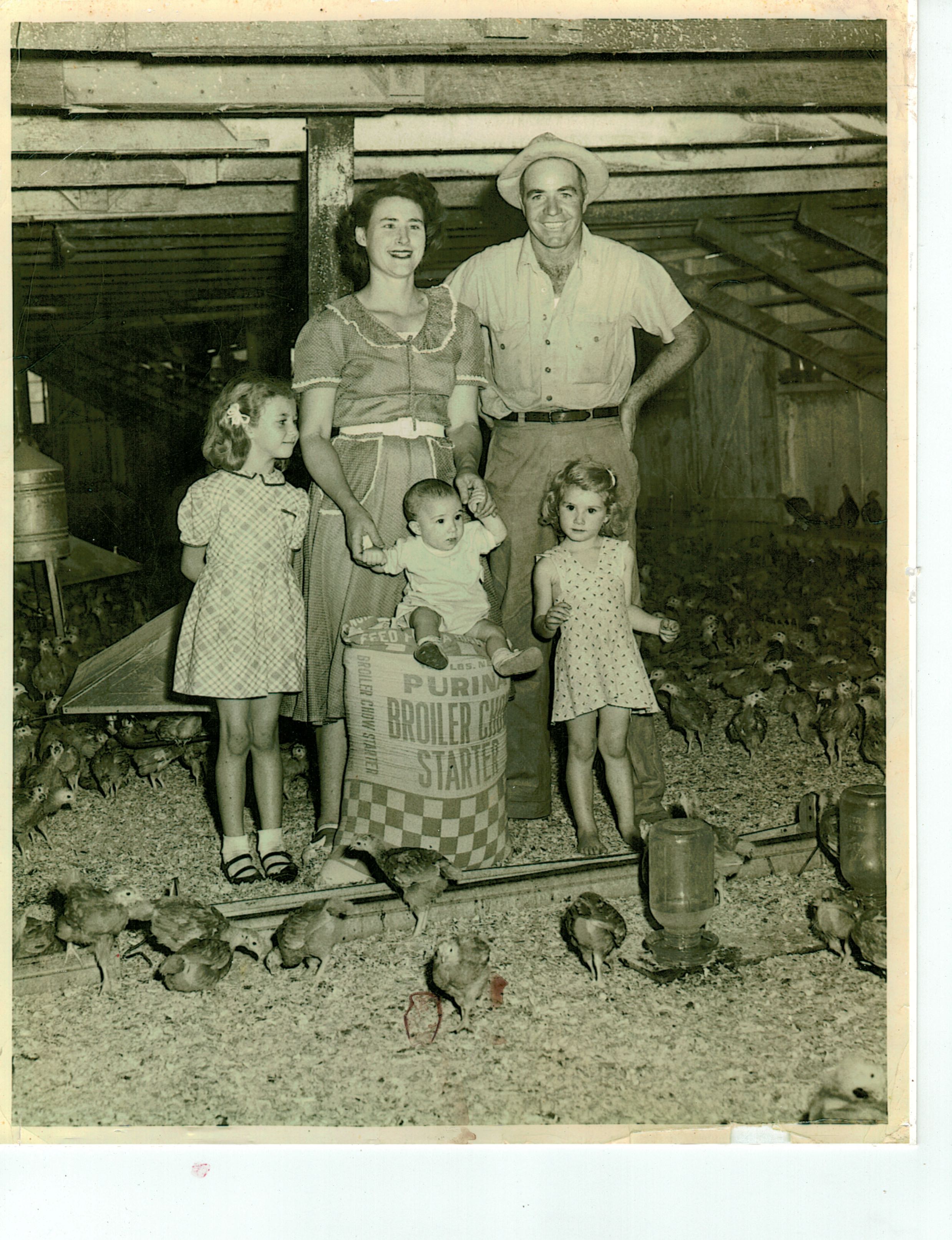 This is a dish I make once a year to serve at Brooderfest, our farm’s customer appreciation party in October. I make a huge old batch to feed 50 that starts with smoking 6 chickens and browning 5 pounds of ground beef and 5 pounds of pork sausage.  I frequently get requests for the recipe and I’m sharing it with the hopes that Papa Clarence’s recipe will live on. I use heritage breed chicken, beef and pork, because that’s what we raise on the farm and I feel that it strengthens our connection to my grandparents and generations of farmers and cooks before us, who raised only heritage breed animals on their pastures. Use any pasture-raised chicken, beef and pork for amazing results. Some Brunswick stew recipes call for potatoes, but Papa never used them and I don’t either.  He used a store-bought hickory flavored BBQ sauce. I smoke the chicken in our smoker and that adds the smoky flavor and the brown sugar and molasses sweeten the sauce to perfection. Papa Clarence would want you to enjoy this stew with fresh cornbread. 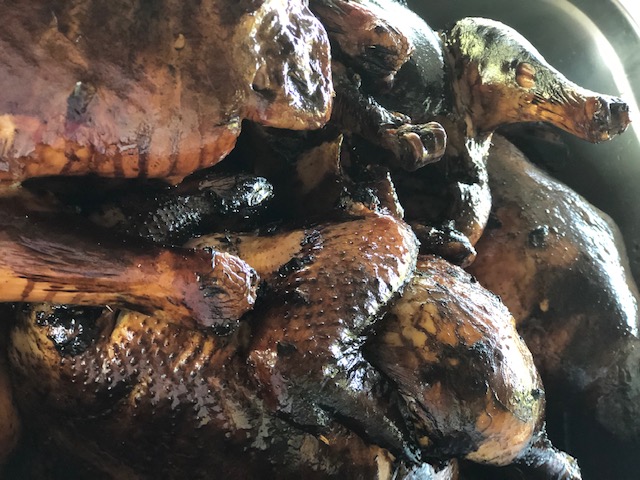 salt and pepper to taste

In a large enameled cast iron pot saute onion and celery in olive oil or butter for 4-5 minutes over medium-high heat.  Add ground beef and ground pork sausage and cook until all the meat is well browned.  Add the BBQ sauce, the diced tomatoes and the shredded chicken. Bring to a boil then reduce the heat and simmer uncovered for about 2 hours. Add the corn and lima beans and cook for another hour or until the stew has reached a thick consistency.

salt and pepper to taste

Combine ingredients in a medium saucepan and heat until all ingredients are combined.  This sauce is a very sweet sauce that is the perfect addition to the Brunswick stew.  It really is the secret ingredient in the dish! 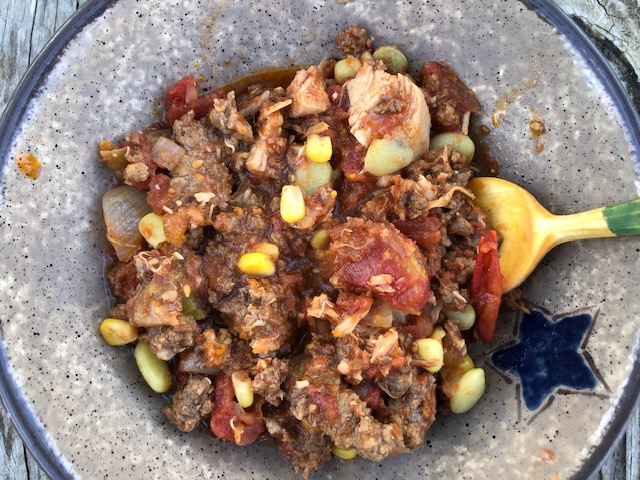