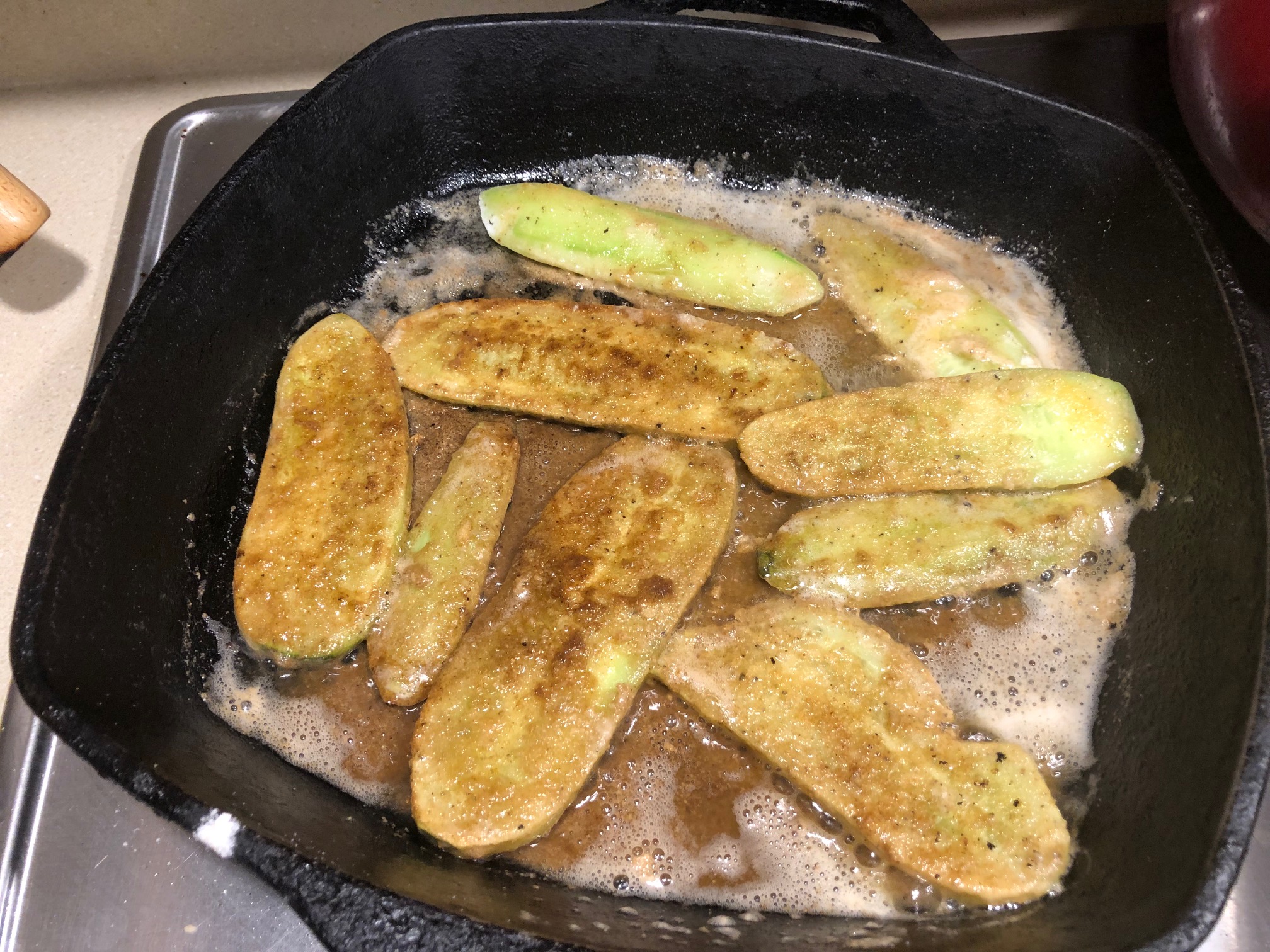 Cucumber season is here! There are so many ways to enjoy cucumbers from simple fresh slices to cucumber salads and when there are really a lot of cucumbers I make and freeze cucumber soup. When you’ve made your pickles, your cucumber salads and are looking for a new way to enjoy cucumbers try this recipe. This recipe isn’t new, in fact it is centuries old! I learned how to make fried cucumbers from an historical interpreter at Virginia’s Explore Park. Barbara worked at a settler’s cabin that represented the 1750’s frontier life and in the 1850’s farmstead. Hearth and fireplace cooking was her specialty and she taught me this recipe in a cast iron skillet and that is still how I prepare it today. The cucumber slices brown up beautifully and when eaten warm are a real treat and a different experience from cold cucumbers. Adding fresh herbs with the salt and pepper would give an extra burst of flavor, too. If you try this recipe please let me know what you think! anna@bramblehollowfarm.com 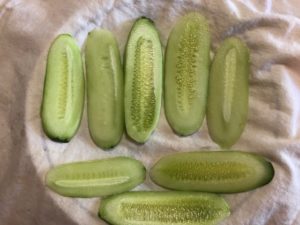 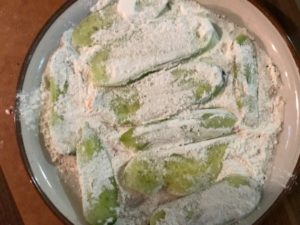 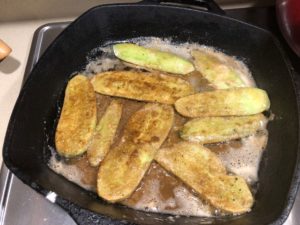 Peel cucumbers and slice them lengthwise into thin 1/4 inch pieces. Salt and pepper
the slices and place them in a single layer on a tea towel or paper towel to drain some
of the liquid. Heat a cast iron skillet over medium-high heat. Add 1/4 cup of flour to a shallow plate. After the cucumbers have released some liquid dredge them in the flour, coating both sides. When the skillet is ready add 2 TBSP of butter and let it melt. Add the floured cucumber slices and fry for about 2 minutes per side. Remove to a paper towel to drain and serve while warm. 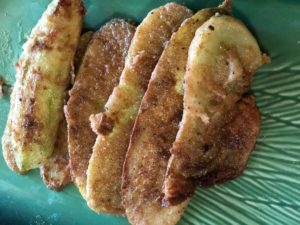 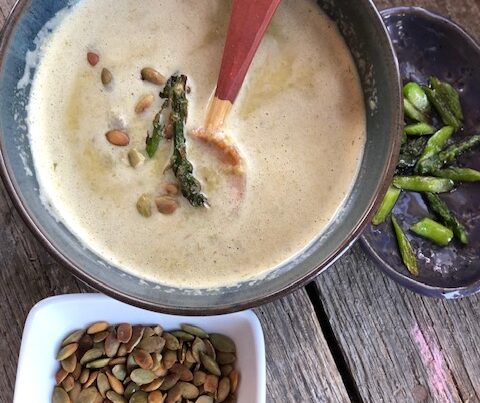